Friday was a landmark for me as it signified the fact that there are just 100 days to go before I line up for the start of the Tensing Hillary Everest Marathon!  I thought this would be as good a time as any to raise the profile of my fundraising campaign as things have been very quiet on this front due to the dry rot saga!

I have just completed the final week of my staged return to work and it felt really good to be back. Life is slowly returning to normal and over the course of the next few days (rest days) the decorating of the utility room and kitchen will be completed!  It has been a long slow process and has tested my mental strength to the limit, but thankfully I have survived and have come out the other side much stronger for it.

I know there will be people reading my blog who are thinking to themselves that maybe I can turn my mental health issues on and off at will!  To be honest, if I were reading one or two of my recent posts about my holidays in the Lake District and the Seychelles, I can understand how it is possible to think this.  However, this could not be further from the truth!  Over the last few years I have pulled myself up from the depths of despair and am now in a much better place.  Obviously, the last few months have been very difficult and it would have been very easy for me to fall back into bad habits and slide downhill again but, using the coping strategies I was given and the brilliant support of my employer and family, I have managed to keep my head above water.

Just to illustrate how ill I was and to give you some idea of what it is like to be in the grip of mental illness, I want to share something with you.  I do not do this easily as it is hugely personal, but I hope that seeing the photo below will encourage you to donate to OTR via my blog. What you see is a photo of my bedroom when my mental health problems were at their worst.  Apart from when I managed to drag myself to work I locked myself away in the bedroom because that was the only place that I felt safe.  For some reason, that is very difficult to understand, even for me, my OCD presented in a way that made me constantly terrified that the house wasn’t secure or that negativity would be brought in from outside that could cause harm to the house (i.e. bits of glass).  I was so worried about this that the only way to relieve some of the anxiety was to systematically lock each door in the house, checking them several times and placing items on the handles so I knew that no one had been in. This resulted in it taking hours for me to get into and out of the house because of the checking process that I had to go through.  If I didn’t do this I thought that something terrible would happen. Because of this once I was in the bedroom I didn’t want to leave because of the stress, anxiety and concentration it involved.  It was exhausting.  This meant that I would often eat and drink in the bedroom and even (disgusting as it may sound) urinate into bottles to save me having to go to the bathroom.  As you can see from the photo there is a collection of cans/bottles on the bedside table which had been there for months.  The bed covers had become dirty because for over a year I was too afraid to open the door to the utility room to use the washing machine as it was next to the back door.  In order to overcome this we would sometimes take clothes to my parents to wash, however during that time they were unaware of my illness so to avoid suspicion Helen would often go and buy us clothes from cheap stores – as you can imagine this became very costly! 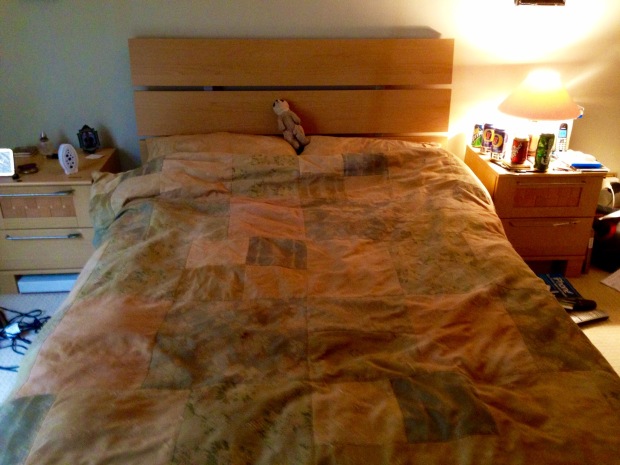 You may wonder how Helen could let this happen, but the fact was that she knew how much it would affect me if she had tried to intervene.  At that point my worries felt like a matter of life or death and I was unable to see that this illness was taking over my life and that I needed help.  I was too ashamed to talk to anyone about it and I felt like I was the only person in the world who had these problems.  It was only when we went on a holiday that I realised that we couldn’t go back to living like that, we moved in with my parents and I sought help.  We now have a bedroom that we are both very proud of!  It is no longer a prison, it is now a place of sanctuary! 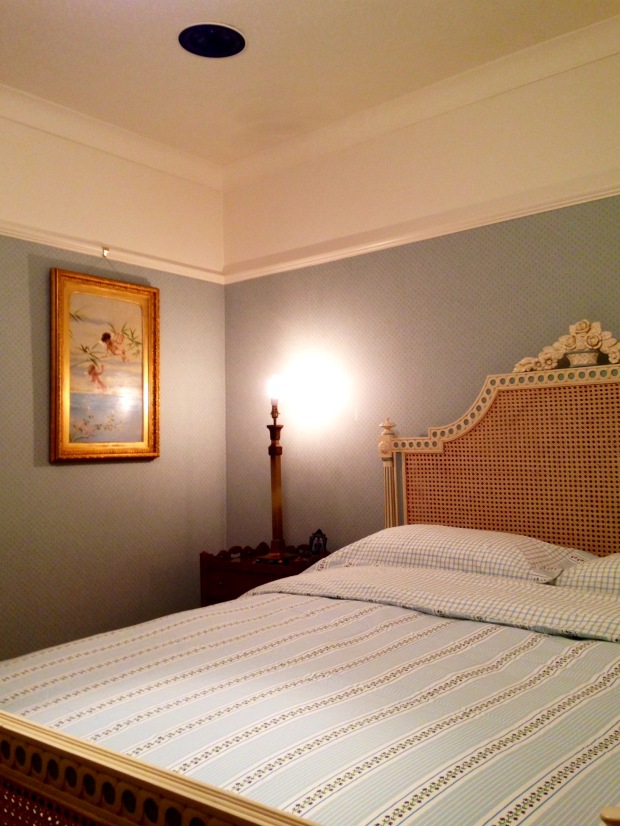 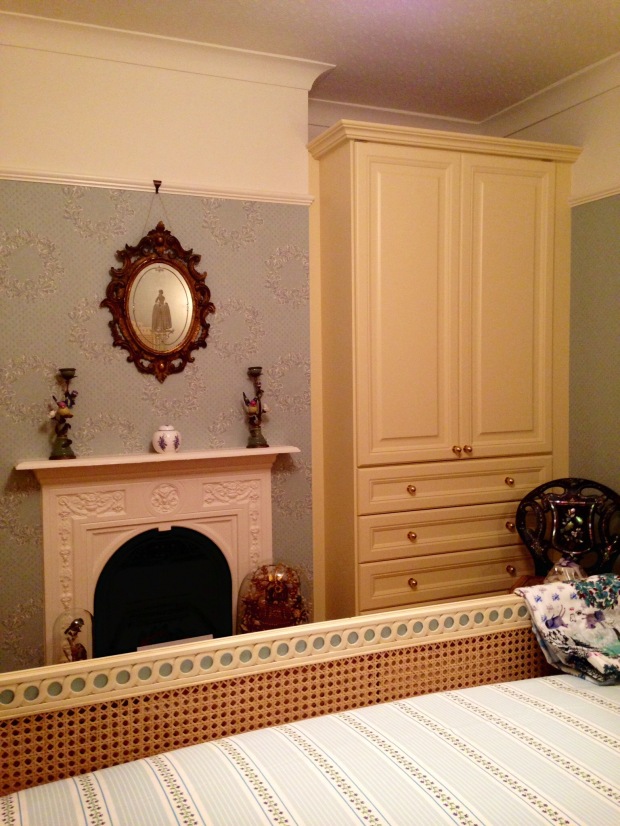 I now want my campaign to gather momentum and to start the ball rolling both Helen and I have put up posters in our place of work, together with flyers for people to take and read.  Hopefully, donations will now start to come in again!  I have plenty of posters and flyers, so if you have any suggestions as to where these can be handed out or you would like some yourself, please let me know.

One thought on “A Picture Speaks A Thousand Words!”